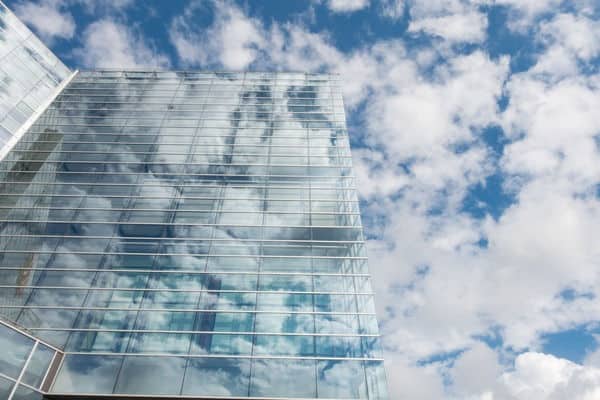 Electromechanical engineering brings groundbreaking innovations year after year. Let’s take a look at the most significant developments of 2019 – a year that has been marked by the presentation of unique projects.

From projects involving acoustic wave separation to others related to drone software, we will go over the things that you just can’t miss this year, as we previously did in the post that highlighted the best electromechanical engineering projects of 2016.

Sailing across the Arctic and reaching the North Pole faster has never been an easy task – or inexpensive, for that matter. But in a geographic terrain in which advancements are also feats, innovations that make it more accessible are to be expected.

This time around, one such innovation comes in the form of a project that involves moving a large icebreaker using electric propulsion. The Norwegian coastguard accomplished this in late August with the KV Svalbard thanks to the Azipod system by ABB, which propelled an international environmental research expedition.

The propulsion system contains the electric drive motor inside a capsule that is submerged outside the hull and can rotate 360 degrees to enhance the vessel’s maneuverability.

Fine strips of photovoltaic cells then transform them into electricity – an advancement toward a truly sustainable future in construction.

March arrived with good news for the environment thanks to a project developed by the University of Tel Aviv (Israel) which announced the development of an organic biodegradable plastic manufactured with sea water.

This sustainable biopolymer, manufactured out of ocean water and its microorganisms, can directly help solve the serious problem implied by the pollution of the seas with plastics.

It is produced without the need for toxic waste, generating a sustainable polymer that can be recycled into organic waste, and can be a solution for what is already considered one of the greatest environmental problems of our era, as shown by the fact that the United Nations is estimating that plastic makes up almost 90 percent of all pollutants in our oceans.

Contact lenses that zoom in when you blink twice

Though it may sound like science fiction, this project has already seen the light of day in the real world. The University of California, San Diego (USA) has been the birthplace of a project that allows you to use lenses that zoom in when you blink your eyes twice in quick succession.

The contact lenses use electro-ocular signals (EOG) and are made out of two layers of elastic dielectric polymers.

When a specific electric current is generated, they get rearranged. The idea is the continuation of a prototype that had already been implemented in 2015 by the Swiss Institute of Technology in Lausanne, making it commercially viable.

Gear motors for the manufacturing of magnet therapy equipment

Joint efforts by the Ingeteam and EnerOcean companies, the Plataforma Oceánica de Canarias (PLOCAN) and the research centers of the University of Malaga and University of Cadiz have resulted in the combination of offshore wind energy with ocean wave energy. Project ORPHEO (for the Spanish initials for Optimization, Profitability, Hybrid Platforms, Wind Energy, Waves) has achieved an optimal integration, including wind and wave predictions, to boost the profitability of platforms that implement it. This project – without a doubt, one of the best electric engineering projects of 2019 – also allows for an optimized management of converters, improving the joint stability of the platforms and reducing structural fatigue as a result of reduced loads.

Installing equipment to take advantage of solar power has been a dream of many home owners, who, however, usually get cold feet at the prospect of having to sacrifice their homes’ aesthetics. Considering this fact, one of the best electromechanical engineering projects of 2019 involves the manufacturing of ultra-thin photovoltaic panels that can be placed on the facade of any building or home.

This collaboration between researchers of the Lucerne University of Applied Sciences and Arts (Switzerland), the EPF of Lausanne (Switzerland), the Fribourg School of Engineering and Architecture (Germany) and the University of St. Gallen (Switzerland) has resulted in a battery of proposals aimed at strengthening the energy autonomy of homes. These include a project for the manufacturing of solar panels embedded in ceramic roof tiles. They are estimated to be able to cater to over 50% of the current electric demand.

Recommended reading: Mechanism for the orientation of solar panels

For years now, drones have been used for highly diverse applications, but it hasn’t been until 2019 that software programs for these devices have taken a significant leap forward.

After 12 months of research, the Polytechnic University of Catalonia, BarcelonaTech and the Hemav Foundation have been able to obtain a fully autonomous drone that uses artificial intelligence for the search & rescue of people. The prototype of this unmanned vehicle was used in high seas in the Mediterranean with great results, and the companies and organizations from different backgrounds that are interested in its development are many.