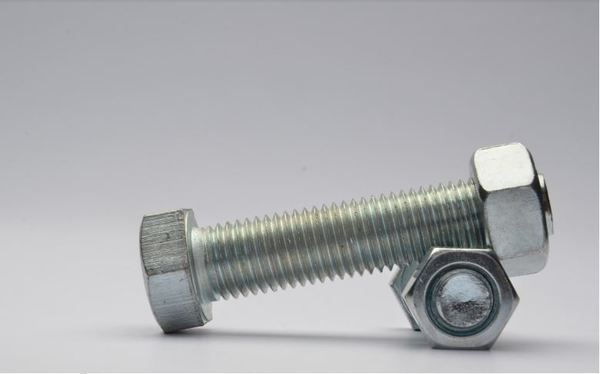 A worm drive is a device that transmits motion between axes that are perpendicular to each other by means of a two-part system: the so-called “worm screw,” which has a helical tooth, and a round gear called the ‘worm wheel’.

In this circular transmission, the worm screw acts as the input (driving) element, and the worm wheel acts as the output element.

Different types exist depending on the shape of their fillet profile, the number of fillets, the pitch of the thread and the direction of rotation of the worm screw.

What are the main applications of worm drives?

Worm drives have a number of practical applications across several fields, though it is in industry where they see the most use. They are, for example, commonly used to move the jaws of vises and clamps, as well as to cause the linear motion of different carriages in milling machines and lathes – which commonly use a double-screw system.

Their use is widespread in assembly lines, automatic doors, ship rudders, rolling mills, mining machinery, dump trucks and circular saws. Their properties are also used in hydraulic gates and forklifts, escalators and elevators.

Automotive was the first industry to use worm drives en masse to improve the vehicles’ steering and control. These devices led to an increase in the applications of small electric motors, since they can be used both to reduce the rotational speed and increase torque.

Among everyday items, these drives are used in tuning and tightening musical instrument cords, toys and centrifuges. CLR uses worm drives in its speed reducers to transfer the motion between perpendicular shafts.

What are the advantages of worm drives?

Worm drives are compact devices that, despite their usually small size, have a high load capacity. Easily manufactured and designed, since they are made up of few parts, they offer a precise linear motion that can be used by a myriad of mechanisms. And this versatility is even higher since, unlike other drive systems, worm drives generate no noise. They require minimal maintenance, which is inexpensive.

One of the main advantages of using worm drives is that they offer a high speed reduction in minimal space. Since their gear ratio is quite low, it allows for a high reduction in reduced spaces.

In addition, it can be used to design non-reversible drives – in other words, drives that can only be driven in one direction. Another interesting feature of these drives is the non-reversibility of the system when the angle of the worm screw is equal to or less than 6 degrees.

What are their main disadvantages?

The main disadvantage of worm drives is their low performance offered by these gearbox stages, which can be close to 15% due to the high friction and associated axial stresses.

Additionally, the highest wear in these devices takes place in surfaces that are subjected to friction, which is why they must be highly resistant and be perfectly calibrated so as to offer a long service life. In fact, there is some risk of wear in the fillets if there is an excessive friction in the area.

What other types of worm drives are there, and how are they different?

There is also a type of worm drive that is ‘double throated’, where both parts have grooves and mesh better as a result.

Then there are ball screws, which are used in vehicle power steerings, for example. These devices have a ball bearing system by which the sliding motion is replaced by a rotary motion. Its main advantage is that they suffer less wear, since both the friction and sliding are lower.

Recirculating balls are used for linear motions in precision machinery, which in some cases have double nuts. In this latter case, a spacer ring is placed between the two nuts, which allows for increased rigidity and reduced axial slack. If there is a risk of the shaft becoming unstable, recirculating balls with rotating nuts are used, where only the shaft rotates.

Learn about the latest in machining, casting and additive manufacturing and 3D printing technologies

What is CLR’s experience with worm drives?

CLR has used worm drives in every speed reducer where the application called for it. CLR is highly experienced in the manufacture of this type of component.

The following image shows a worm drive used in one of our speed reducers. This transmission required the system to be non-reversible, which was accomplished by adding a worm drive at this point in the transmission.

Find out more about our worm drive speed reducers

CLR manufactures custom-tailored worm drives, which you can buy at Mootio, our online store. Our expert engineers can help you find the most precise actuators for your specific needs.