One of the main and most widespread transmission mechanisms in any mechanical project. Worm screws stands out do to its simple operation and mechanical advantage. Worms engage with a worm gear in such a way that, for each full rotation of the worm, the worm gear rotates by a single tooth. Therefore, for the worm gear to fully rotate, the worm has to rotate as many times as teeth the worm gear has.

– Large reductions can be achieved in small spaces, since their gear ratio is very low.

– Irreversible mechanisms can be achieved; which is to say they cannot be driven in one direction.

– They enable the output shaft to be rotated.

– As a drawback, worm screw mechanisms experience a significant performance loss since they generate a large loss of energy.

Applications of a worm screw

A movement in a single direction is required for these systems (right and left), blocking the system at the end of the run. This mechanism can be used for opening and closing doors, since every time worm screws touch, the door is closed. More specifically, the system is locked thanks to the helical gear.

This post may interest you: “Automatic doors: speed reducers for motion control and precision”

Worm screws can usually be found in adjustment systems for guitars, violins and other string instruments. Their significant mechanical force allows for tensioning of the strings with little effort.

This resource is commonly used to provide a large speed reduction in a small size.

These devices contain a wide, fixed or variable pitch helical screw which rotates inside a housing, moving the product from the input to the output end. See this presentation for further details.

Worm drive speed reducers are widely used across various industrial applications since they offer significant gear ratios in small spaces. On the other hand, transmission of the movement is performed at 90°, which allows for the transmission to be performed at a right angle. 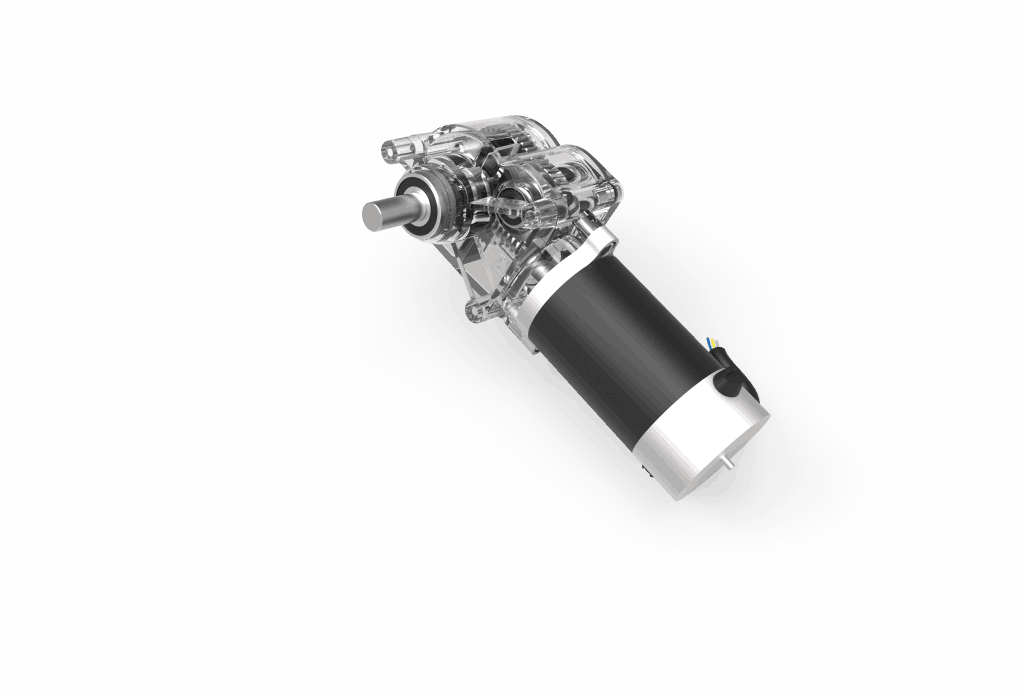 As a drawback, worm screw speed reducers are subjected to greater friction due to their sliding, which causes high operation temperatures and greater energy expenditures.

While we are discussing worm drive types, we can name a few, such as the helical worm, sectional screw flights, paddle screw, hourglass worm screw and long pitch worm screw, among others.

Engagement between the worm screw and the worm gear

There are 3 major characteristics for the proper engagement between the two components of a worm drive:

Do you normally work with worm drives? Do you use worm and crown sets on certain mechanical transmissions? CLR manufactures custom-tailored worm drives. Do you believe a 90-degree speed reducer is the best solution for your engineering project? Let us assist you; our engineers can help you find the most fitting actuator for each application.