Automation has increasingly took hold of various sectors, and the automotive industry has always been a technological benchmark. During the last few years, precision, comfort and safety are the target of the most important innovations in the automotive sector, in an attempt to respond to users’ higher demands. In this increasing process of automation, technologies such as sensors and actuators take the centre stage, indispensable for a vehicle’s safety. Let’s see what sensors and actuators are, exactly, and what the most common types in use are.

What is a sensor?

A sensor is a device in charge of detecting and transforming physical and chemical magnitudes into electronic signals or pulses. We can find hundreds of automotive sensors that measure all sorts of magnitudes. Some of these may be: temperatures, engine air flow intake, distance from an obstacle, motion, etc.

What is an actuator and what is its purpose in the automotive industry?

Actuators are tasked with supplying a force to move or “actuate” another mechanical device. Their job is to convert electrical signals from the control unit into a controlled action. In short, they are the end items that allow for the modification of variables to be controlled within an automated installation.

Actuators are an essential part of vehicle electromechanics, and for the most part, they are electric motors and gear motors, or electromagnetic valves that govern, for example, braking and steering systems.

During the last few years, actuators have evolved into all kinds of designs, taking part in a number of safety and driving assistance technologies. What are the main developments on this subject?

Sensors and actuators, what are their roles in automotive safety?

Until not long ago, information transmission from the accelerator was performed mechanically, through a steel cable that was connected to the throttle. Nowadays, vehicles have an electronic throttle control that has a sensor in the pedal. This element detects the exact position of the pedal at all times and relays it to the engine control module, which prompts an actuator to change the aperture of the throttle valve.

Parking sensors are parking assistance devices installed in the vehicle’s bumpers, especially in the rear ones. Theese componentes inform about the obstacles that may exist in blind spots.

These parking sensors warn the driver by an acoustic signal when they detect any obstacle, increasing their intensity to prevent a possible strike.

There are different types of parking sensors. The main ones are:

You might be interested in this free eBook: “Guidelines for the selection of suppliers in Tier 1 automotive projects”.

The electromechanic parking brake is activated by the driver using a button or in situations where the driver may forget to activate it. The system acts as a smart brake that works electronically, without cables. Furthermore the system takes advantage of the sensors of the vehicle’s data network to electronically manage the components of a braking system, which incorporate a DC –or direct current- motor, a speed reducer, and a screw to push and activate the brake piston. 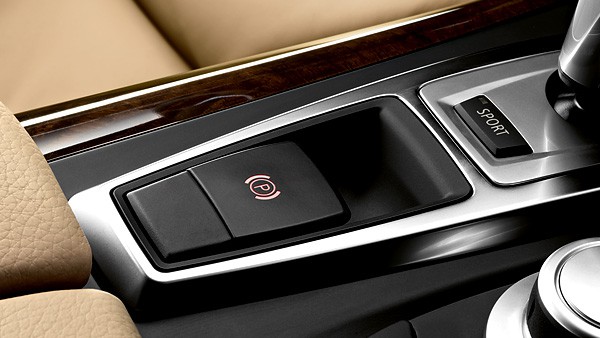 The crankshaft sensor, or CKP sensor, sends raw data to the engine’s computer about its exact position and, since it is connected to the pistons, the information about its position helps identify the position of the various critical engine, piston, belt and valve components.

When operating, the crankshaft sensor uses a metallic disc and a sensor that is covered by a magnetic coil. The movement of the disk on the coil causes a magnetic field disturbance, creating electric pulses. Then the engine control unit uses them to extrapolate the speed and position of the crankshaft.

A crankshaft malfunction mainly affects the start-up timings and fuel consumption; even though it hinders the entire engine functionality.

Also known as thermistors. Temperature sensors provide an electric signal depending on the temperature they are subjected to. Since the introduction of microsystem technologies for the performance of various passive safety and comfort functions (passenger position for airbag triggering, air conditioning adjustment depending on body temperature, windshield defrosting, etc.) contactless temperature sensors are used (pyrometer).

The emergency brake assist (EBA) or brake assist system (BAS) in one of the most groundbreaking safety devices in current models. These systems are capable of activating the vehicle’s brakes without any input from the driver. How does this system work?

The BAS system measures the rate at which the accelerator pedal is released and activates the brake. On the other hand, it also collects data regarding the pressure used in the braking system to interpret if it is an emergency braking. For its operation, the system has a speed or force sensor located next to the brake pedal, a valve with an actuator that increases the pressure in the braking circuit, and a control unit that manages the entire system based on the measurements taken by the sensor.

Brake assist systems using radar technology have also appeared, with the purpose of identifying possible obstacles on the road and assist the driver in braking in case an unforeseen hazardous situation emerges. 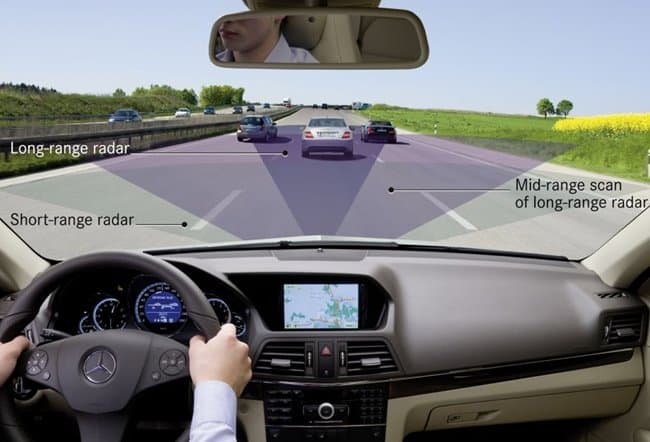 Also called air flow sensor or mass flow sensor. This component electronically measures the amount of air entering the engine. This information is analysed and automated with the purpose of controlling the injection system’s air-fuel mix and start-up adjustment.

The MAF sensor is located before the engine’s inlet manifold and after the air filter, and its signal is interpreted in grams per second flow rate. When a greater air flow enters the engine, RPMs increase, and thus, temperature does as well. The MAF system has a platinum wire that also measures temperature and relays it to the control unit. This allows for the detection of engine anomalies and anticipate possible failures.

The electronic fuel injection system in a vehicle is in charge of providing the fuel dosage. An injection system actuator that can be used to improve this aspect are: fuel pump relay, purge valve, IAC valve (with actuators that adjust the air flow and control the revolutions of the engine when idling), etc.

CLR in the field of vehicle electromechanics

As we have seen in this short overview, the technology to improve safety via sensors and actuators is advancing by leaps and bounds. A few years ago, it was common to see only high-end vehicles equipped with these components; however, the use of this technology has become widespread and is already present in any vehicle equipment.

CLR, an actuator supplier for Tier 1 automotive companies has significant experience in this field and has developed multiple actuators such as: actuators for the electric control and folding of side mirrors; actuators for adjusting the stiffness of variable suspension systems or actuators employed on systems that improve the efficiency and reduce the engine’s consumption. Yes, we are passionate about vehicle electromechanics.

1 thought on “Sensors and actuators for a safer driving”