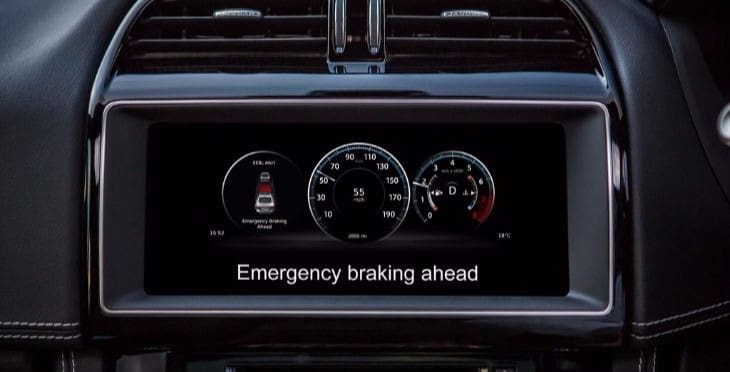 Autonomous vehicles have crossed the borders of science-fiction and are already in the horizon. Specifically, it is estimated that by 2020 we will already start to see the first self-driving cars rolling along our roads. By 2050 this phenomenon will be widespread, and this type of motor vehicle will become a common reality.

When speaking of autonomous cars, we have to differentiate between various levels of autonomous driving or automation, but we will get back to this later on.

First, it is important to explain and understand what an autonomous vehicle –a.k.a. self-driving car– is. Specifically, the most ideal definition of these models would be related to a type of motor vehicle that uses the sensors, processors, software and actuators necessary to drive itself. However, as stated above, there are various levels of automation. These levels will vary depending on the necessary degree of driver intervention. What is indeed evident is that, today, major car manufacturers are working hard at improving their competitiveness in relation to this technology.

Sensors and actuators for autonomous driving

Sensors and actuators are two of the main stars of autonomous cars. Their presence is key to prevent human interaction to be necessary for driving. Dozens of sensors will be necessary to capture information from the surroundings. It will be sensors that will activate the various actuators, which in turn, will generate the order to activate the final component. You will get to better understand this part later on, when we discuss the driving assistance systems on autonomous vehicles.

Driving assistance systems: innovations on the way to autonomous vehicles

Driving is undergoing major breakthroughs on its way to complete autonomy. In this regard, so-called driving assistance systems –such as cruise control, which has evolved into adaptive cruise control (ACC), an evolution of the traditional speed adjustment feature- have existed for years.

Below we will describe some of the most novel and widespread assistance systems among the latest motor vehicles.

An automatic light adjustment assistant (light assist) increases the driving time with high beams. This is possible thanks to sensors installed in the front of the vehicle that identify the presence of a nearby vehicle and relay a signal to automatically switch to low beam, thereby preventing glare.

Front assist helps prevent collisions with vehicles driving in the same direction. A sensor will monitor the traffic ahead of us and, in case it detects a possible collision, it will warn us with an acoustic signal and a visual popup on the dashboard. If the driver disregards the vehicle’s warnings, it brakes shortly as a warning. If the driver is still unresponsive, the car brakes with the necessary intensity to prevent the collision, or at least to mitigate its consequences.

This system recognises the markings on the road so that if the vehicle crosses these markings, the system itself acts on the steering, correcting its position. At the same time, the system detects when the driver has his hands off the wheel for a few seconds; a sound and visual warning will activate so that the driver takes the car’s controls once again.

We have mentioned Adaptive Cruise Control (ACC) above, and here we will delve a bit deeper on the subject. The ACC allows for the selection of a cruise speed, in addition to a minimum safety distance in relation to the vehicles ahead. The system will be in charge of decreasing or increasing the speed depending on the presence and distance of another vehicle.

Emergency assist is an upgraded feature over the lane assist. This system will even be capable of fully stopping the vehicle in case the driver move his hands away from the steering for a somewhat long time, since it will understand that the driver has suffered some form of loss of consciousness. First, the emergency assist will emit visual and sound warnings, and subsequently, in case there is no reaction, it will perform a few short brakes in order to warn the driver. If disregarded, the car will start slowing down until it comes to a complete stop, activating the parking brake and hazard lights.

These are only a few examples of assistance systems where both sensors and actuators have a significant importance in autonomous cars.

You will find this eBook interesting: “Guidelines for the selection of suppliers in automotive projects“ 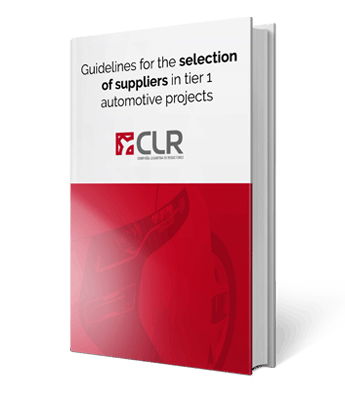 Nowadays, the standard created by SAE, which sets forth six autonomous driving levels, is becoming increasingly widespread and gaining acceptance. As per this standard, 0 would we a level with no automation, while 5 refers to a fully autonomous vehicle.

For each level, SAE outlines the minimum capabilities the vehicle should have in regard to automation features.

There is no degree of driving automation. All driving-related tasks will have to be performed by the driver himself.

Assistance systems such as the ones we have previously discussed would, as an example, be included in level 2. In level 2, the vehicle has driving automation systems both for longitudinal control and for lateral control at the same time.

This level implies a technological and legal leap, since under specific conditions (highways, slow-speed driving, or in good weather) the driver could relinquish full control to the system, being able to perform other tasks in parallel, such as reading or using his mobile phone. However, he would not be authorised to sleep. In this level, the driver would have to be prepared to intervene if prompted by the system, or if some failure occurs.

Level 4 implies a high level of driving automation. Cars at this level no longer need a driver that is ready to intervene at the request of the system or in case of failure. The vehicle itself includes a system to act in these cases. At level 4, the notion of a driver no longer exists, however, the system still has limitations, and certain situations may emerge in which the vehicle may no longer be able to drive itself and needs to stop.

At level 5 we get to a full driving automation. These are autonomous vehicles in the strictest sense of the word. The driver is no longer necessary.

Nowadays, the most advanced commercially available vehicles are at level 2, which means there is still a long road ahead. It is here where all agents of the value chain of the automotive industry come into play; tier 1 and tier 2 companies, such as CLR, which will be the ones that will make reaching the maximum level of autonomous driving come true.