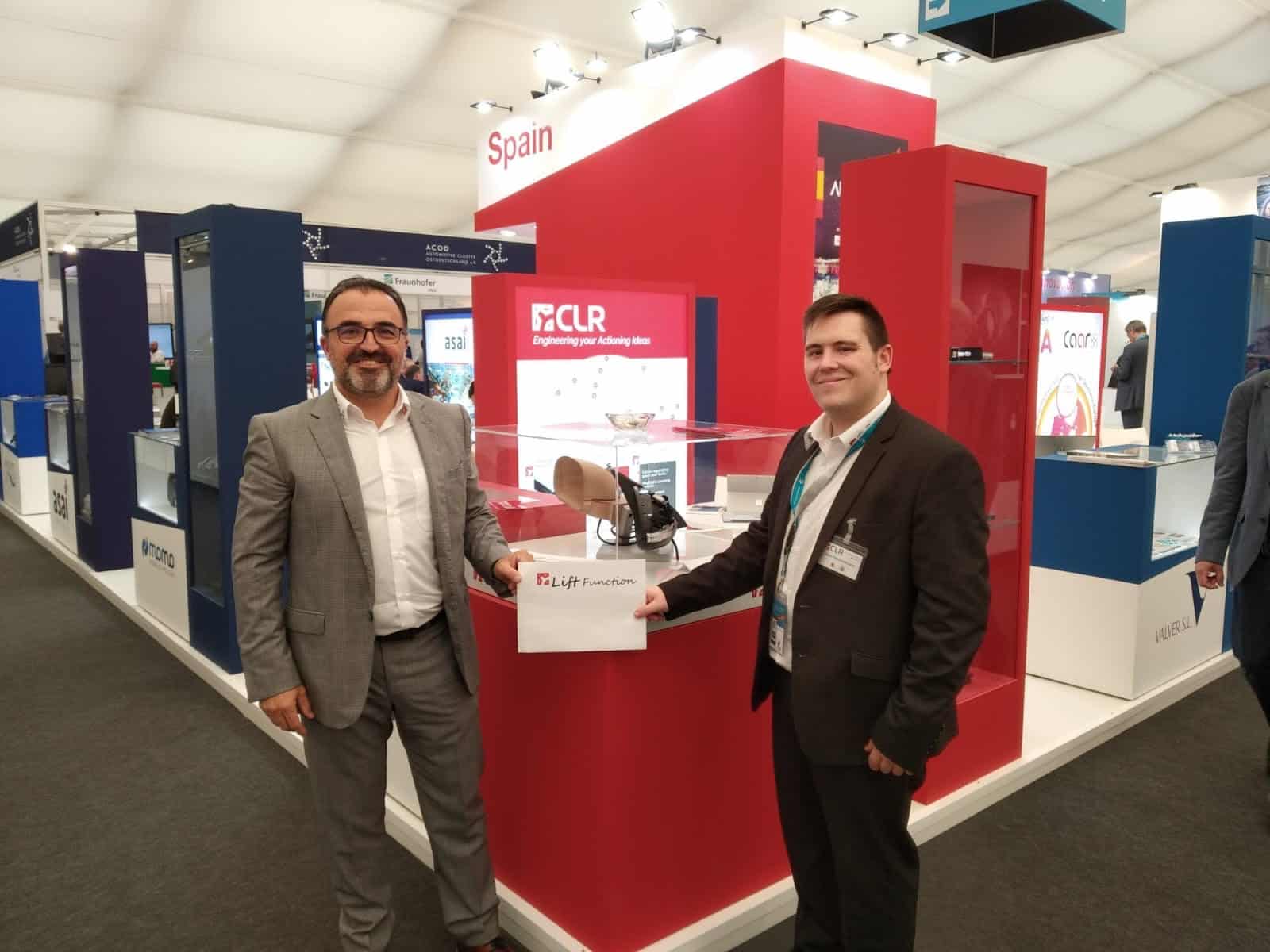 The latest edition of the IZB Fair has been a resounding success, with 838 exhibitors from 34 countries and over 50,000 visitors. With this registered data, the 10th edition of the International Suppliers Fair has become the most important event in the continent for suppliers of the automotive industry.

Despite being a fair exclusively reserved to Volkswagen suppliers in its beginnings, for a few years now it has opened up to the automotive world as a whole.

This year, CLR wanted to participate in IZB to display its capabilities as an engineering company to OEMs and even other Tier 1 suppliers, in addition to its usual clients.

Approximately 85 million vehicles are expected to be manufactured in the world in 2019, out of which 25% will include *mirror & camera* rear-view systems with power folding. Which is why they have taken the leap to show their value proposal in terms of engineering.

During the 3 days of the fair, both Xavier Gisbert, its Managing Director, and Juan Miguel Navarro, its Chief Sales Engineer, have displayed their engineering capabilities specialized in actuators. More specifically, they have taken advantage of the importance of IZB to launch their own line of actuators for Power Folding rear-view mirrors, showing a mock-up of a powerfold with the novel Lift function, which they developed, and has until now only been commercialized by a single company in the world.

What does Powerfold with Lift technology consist of?

In general, the main purpose of powerfold actuators for rear-view mirrors is to electrically perform the folding motion between the parking and driving positions, and vice-versa, of the side mirrors of any vehicle. They are particularly good when preventing collisions with the side mirror of a parked vehicle.

But the Lift function implies a technological advance and a “glamorous” feature that is currently in demand by OEMs for their top-of-the-line vehicles. Basically, it consists of the lifting of the mirror block in relation to its base with the purpose of preventing frictions and wear, and as a result, noises. At the same time it is highly recommended for freezing temperatures, since it facilitates the folding motion in extreme conditions. In addition, it allows for a better adjustment in the driving position, preventing wind noises, improving aerodynamics and preventing the vibrations that make both mirror and camera-based rear-views difficult to see.

With this new launch on the market, despite its SME nature, CLR ratifies its capabilities, leaving behind its minor role in the side-mirror actuator market and moving onto a role of leadership and proactivity in this extremely competitive market.

The IZB Fair comes to an end with superb results for CLR. As its Managing Director has put it, “The feeling is one of having accomplished our mission.”

Their intentions were twofold: on one hand, they sought to present their capabilities as an engineering company specialized in actuators, and on the other, to present the consequences of such capabilities with their own line of actuators, including the APL family with the Lift function, which was warmly welcome by attendees from the automotive sector.