1937. Ferdinand Porsche founds Volkswagen, which translates into “the people’s car”. After presenting Hitler with about thirty prototypes, Ferdinand presents the star of our article: the “Kdf-Wagen” –soon to be known as the Volkswagen Beetle. Nothing and no one would have told its designer that he was facing what would be the highest-selling, longest-running vehicle in the history of the automotive industry. A vehicle that revolutionised the automotive sector and has already left its mark on four generations. How did this super-seller start? How did it evolve? What does CLR provide to its new model? Interesting questions that you will be able to answer after reading this article. Let’s begin!

The project: the people’s car

Ferdinand Porsche was a German engineer with a single dream: building the best car for Germans and the world. During a booming period for the German industry, Ferdinand imagined a car that would make everyday life easier for Germans: their commutes to work and their travels, to enjoy leisure with family. After his first failure, Ferdinand did not give up, and finally managed to obtain the funding he needed for his project thanks to the Nazi dictatorship.

Specifically, Hitler wanted to bring dynamism to the German industry (highly deteriorated after World War I), and the automotive industry was key. It was here that the idea arose about the manufacturing of a vehicle that would be easily affordable for every German: the people’s car. Ferdinand’s design was accepted by the Nazi higher-ups, and the first “Beetle” model started to become a symbol of authority and innovation for the dictatorship and its propaganda.

What was the first Volkswagen Beetle in history like?

The Beetle was a model that was ahead of its time. It had an innovative technology and design, and strayed from what at the time was considered to be conventional. Four years of design, testing and prototypes went by since the project’s commission until the official presentation. Nothing could go wrong. The Beetle was destined to be the best vehicle for the middle class.

Some innovative features were:

How has the VW Beetle evolved through time?

Its beginnings were not easy. The outbreak of World War II destroyed its first factory in Wolfsburg and halted its production. In 1945, the first productions begun, and just a year later, its factory was reopened. Since that moment, the Beetle somehow managed to “colonise” the world.

Ferdinand Porsche presents the first prototype of the people’s car. 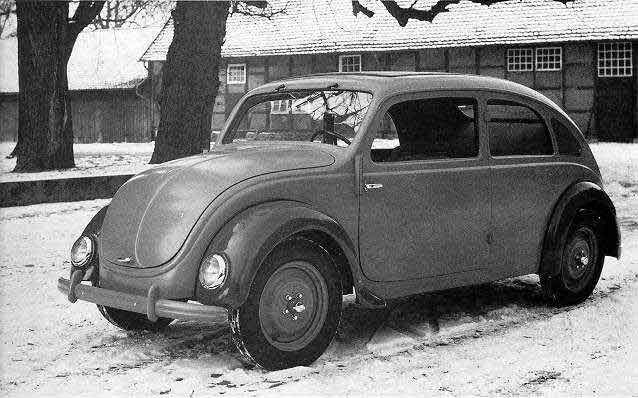 Second last prototype presented by the father of the Beetle. This design started to popularise its “Beetle” nickname. 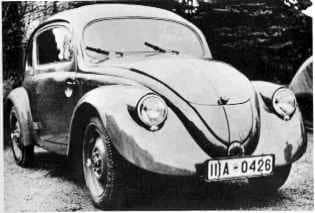 This is the definitive model, the 38 Series or Kdf-Wagen, which means “strength though joy” in English. This would be the prototype Hitler would introduce to the world. The propaganda would start spreading like wildfire.

International expansion starts with this model, which would accelerate during the 1950s.

Manufacturing beyond Wolfsburg begins: Ireland, South Africa, Belgium, Australia, New Zealand, Philippines, Brazil and Mexico. It would be in these last two countries where production would last the longest.

In 1955 the first million units were built. A great accomplishment for the German company.

New factories are opened across the globe and re-designs are launched every year. Two major models emerge during this time, with the 1300 being the one flooding the streets and parks of North America. A legend had just been born; the Beetle we have all seen in hundreds of movies.

A new variant of the Beetle is born. This model returned to the 30s model but incorporated the latest innovations from the 60s.

During this decade, and particularly in 1972, the Beetle surpassed the rate of production of the Ford T, its greatest competitor. A true milestone for the German giant.

Volkswagen celebrates surpassing the production of the Ford T, vehicle 15,007,034. 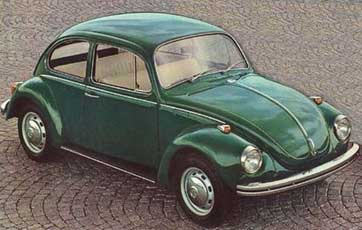 The 1302 and all its variations were manufactured for 3 more decades, until the last model of the Beetle was manufactured in the facility at Puebla, Mexico.

The Puebla facility bids farewell to the last Beetle. Last production of the first-generation Beetle.

The New Beetle: a reboot for Volkswagen

he model emerges in 1998 as a complete overhaul of its predecessor, the Beetle manufactured between 1938 and 2003.

This new version boasted a complete restyling that mechanically held no relation with the original generation. Still, the design was inspired on the Type 30 model, a “retro” style that introduced a high roof, tilted headlights and round taillights. 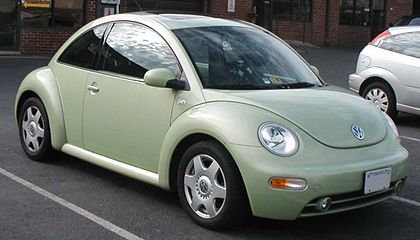 Which of its features were worth highlighting? Without a doubt, its significant safety. From the get-go, it took a leading position in regards to safety in its segment due to its excellent impact absorption.

In 2003 a new variant arrived: the New Volkswagen Beetle Cabriolet. The model commemorated the Type 1, the first convertible Beetle. In fact, it shared a fair amount of its mechanical characteristics. In 2005 a new redesign of the New Beetle would arrive. It would now return with more angled shapes, with a myriad of limited editions.

We arrive at present times. The current model has now lost its “New” surname to be the usual “Beetle”. This last version combines the essence of the Beetle with clear nods to the Golf. The reason? To keep the essence with a clear nod to sportiness.

Compañía Levantina de Reductores is an official Tier 2 supplier of the Volkswagen Group, through Tier 1 companies specialized in the supply of rear-view mirrors in the automotive industry. Specifically, CLR has designed the Powerfold mirror-folding solution; an actuator that enables the two wing mirror positions in the Beetle: parking and driving. In addition to these positions, the mechanism is capable of self-repositioning in case it shifted from its usual position due to a strike.

CLR provides the Powerfold folding solution to this and other suppliers of the leading automotive firms in the world. In order to reach this level of success, the mechanism has overcome the tough tests faced by components in the automotive industry, in addition to those set forth by each company. In the case of Volkswagen, the mirror-folding solution designed by CLR fulfilled the strict VW 80000 standard, applied to electrical components in vehicles up to 35 tons.

When producing this mechanism for the automotive industry, CLR follows strict quality parameters along with the practice of high-levels of control. More specifically, strict stress and quality tests are performed on the materials to ensure maximum durability and optimal operation of the actuator.

Over 3 million gear motors for the Powerfold folding solution have been manufactured at CLR’s plant. In other words, hundreds of thousands of people can enjoy one of the actuators designed by CLR each time they park their vehicles. In addition to being a reason for our company to be proud, these figures are an extra motivation for the entire CLR team. A team that is prepared to keep being a part of the history of this and other iconic models in the history of the automotive industry.