When undertaking an electromechanical project, selection of the type of motor tends to be one of the most critical aspects for any Project Manager. Depending on the mechanical motion required, there are many solutions that range from universal motors, to step motors and servomotors (for more complex applications). Do you know when a universal motor will be suffice? Do you know under what circumstances you should opt for a step motor? Let’s take it from the start.

What electric motors can I use?

When designing the electrical actuator for a project, it is necessary to be well aware of the many types of electric motors available and their characteristics. Based on this study, we will find the one that is more suitable for each need. These are the different variants:

They are commonly used in machines which require high speeds with low power (small appliances, for example). They are useful for very simple applications that do not require continuous use, since their design does not withstand long running times. Additionally, one of their drawbacks is that they generate more noise.

The most widespread option. They are broken down into:

Single-phase motors: They are powered by 230v single-phase current. They are used when small power levels are needed (under 3KW). Their main drawback is that they lack a starter. There are two options: 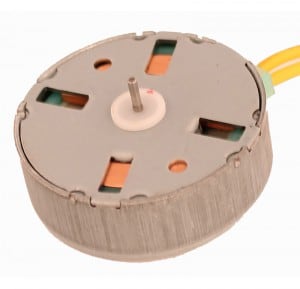 They tend to have more wear than alternate current motors, but they allow for a greater speed control, since it can be adjusted by applying a variable resistance over the inductor. They can also change their direction of rotation by inversing polarity.

Here we can find brushed or brushless motors. The latter are more interesting, since they prevent the wear and vibration generated by the motor coils.

Direct current motors can be found in mechanisms of air extractors or smart locks, to name a few specific widespread applications. 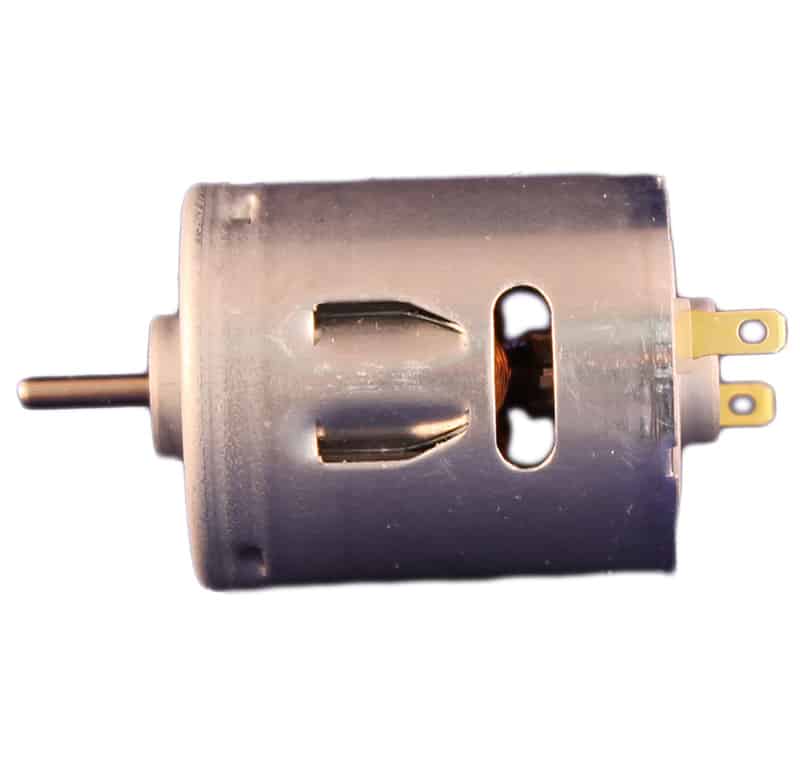 When using direct current motors, one of the main issues is the lack of precision when starting and stopping the motor. In order to deal with this issue, there are motors with independent excitation. We are referring to the step motor, whose inductor is powered using an external power source. Thus, in order to change its speed, you only need to modify and control the exciting current.

The rate of rotation is proportional to the quantity of pulses generated, while the rotation speed depends on the frequency of such pulses. The pulses are ultimately defined by a predetermined angle, which is fed by a programmable device.

This is the best solution as long as the system’s inertia is low; in other words, as long as acceleration and deceleration times are not long. 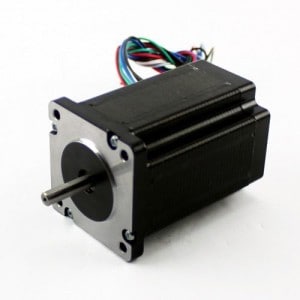 Servomotors: the evolution of the step motor

These are step motors with integrated control electronics. This means that these motors allow for control of their position and motion, being able to control rotation down to exact degrees.

They do not see much use at an industrial level due to their high price, but their sales are gradually increasing. They are mostly used in model aircrafts and robotics. 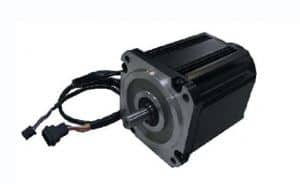 These are a few advantages of servomotors:

When to use step motors and servomotors

For continuous operation: this is the case for applications that require long operation times with a large number of stops and starts. Step motors offer higher precision on these working environments.

For precise actuation: in sectors such as industrial automation and/or robotics, we need accurate movements. To accomplish that, servomotors rely on a PLC system that determines the exact motion degrees and their repetition.

Do you have questions about the criteria for selecting an electric motor? Do you need further advice regarding step motor features? Tell us about the particularities of your project and we will help you find the most precise motor.